This tutorial explains how to update the Firefox in Ubuntu. Learn how to upgrade the default shipped version of Firefox to the latest stable or developer version of the Firefox.

Accessing Internet through the older version of Firefox involves several security risks. Known security bugs in older version may lure hackers in breaking the system security. To minimize the security risk, Firefox should be kept up to date.

Firefox is the default browser in Ubuntu. When Ubuntu is installed, it also gets installed. Although the latest version of Firefox is used when the Ubuntu installation disk is compiled, still it should be updated just after the installation.

Firefox and Ubuntu both use the different update and release cycle. Due to this difference, you may get an older version of Firefox through the default installation.

Checking the installed version of Firefox

To check the installed version of Firefox, launch Firefox and click menu icon. From opened menu click Help and from the opened context menu
click about Firefox. 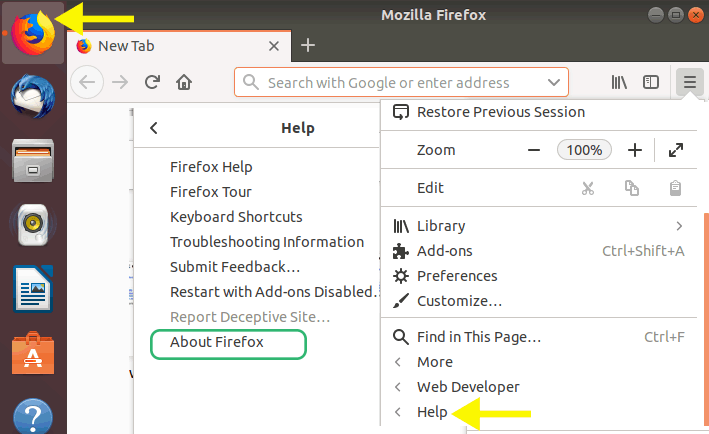 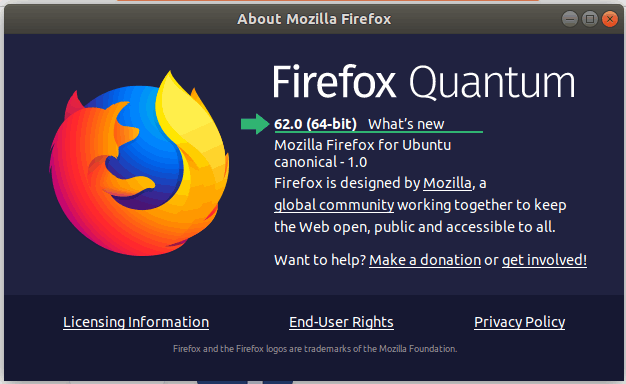 To confirm whether the installed version is the latest version or not, visit the following web page.

Updating the installed version of Firefox

There are two ways to update a core extension from these repositories: –

When we perform a system update, all core extensions are get updated to their latest and stable version. Since Firefox is also a part of the core extensions, it also gets updated.

To perform a system update, connect the system with the Internet and run the following commands.

Software package management (adding/removing repository, installing/removing software, etc.) requires root privilege. The user account which we create during the installation has necessary privilege. Type the password of that account when it asks for the authentication. 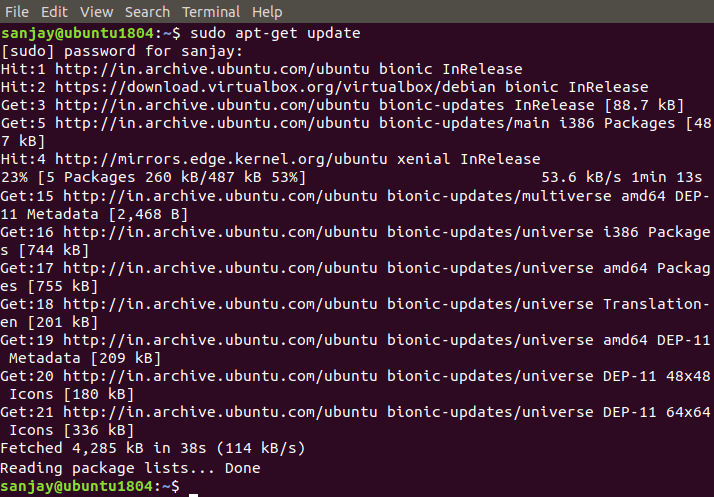 Second command pulls all available updates from the configured repositories and installs them.

If system is connected with a high speed Internet connection without data limit, this option should be your first choice.

Since this option updates all extensions and system packages collectively, it may consume a lot of data and time. If you have limited data in your Internet pack or have a slow Internet connection, do not use this option.

Once all updates are fetched and installed, reboot the system with the following command.

Although reboot is not required, but reboot is the easiest way to clean the packages cache and leftovers.

After restart, check Firefox version again to verify that it has been updated.

Due to any reasons (such as; slow Internet connection or low data balance) if you want to update only Firefox, use the following commands.

As explained above, first command synchronizes and updates all configured repositories. 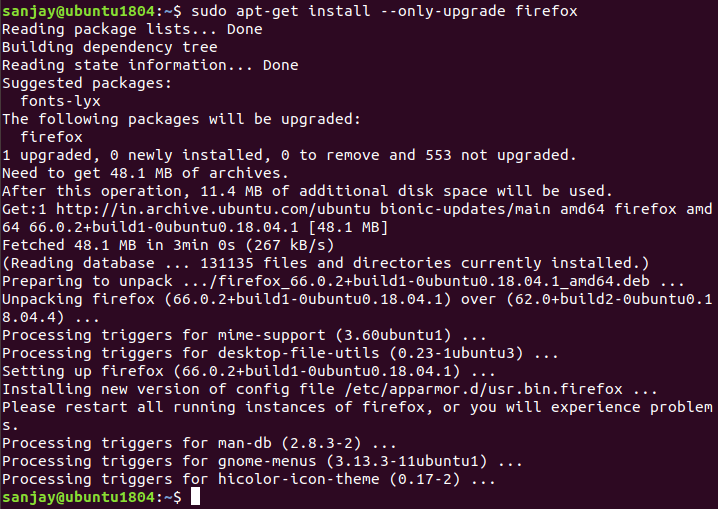 Once package cache is cleaned, check the Firefox version again to verify the update. 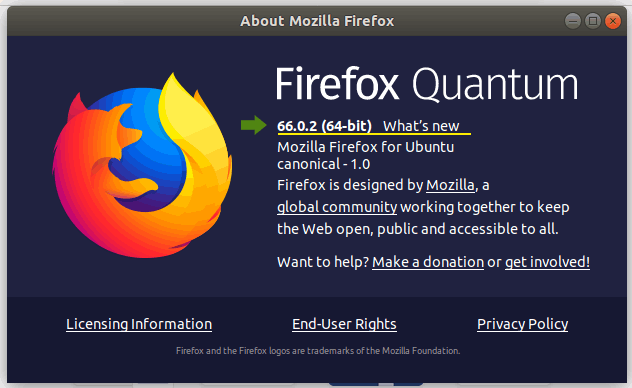 If you are a regular user and use Firefox only for accessing the Internet, there is no need to use these versions. Developer version is only intended for administrators, programmers, security testers or developers those want to test their applications or programs with the new version.

By default, Ubuntu does not install and update the developer version. If you need this version for development purpose, use the following commands to install it. 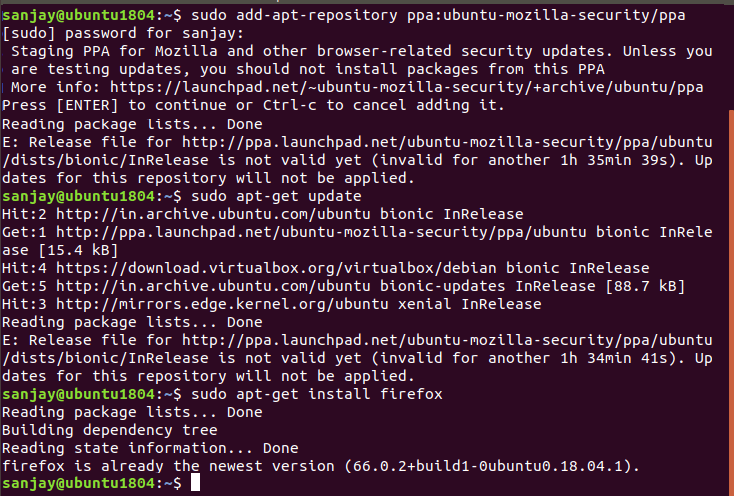 That’s all for this tutorial. If you like this tutorial, please don’t forget to share it through your favorite social platform.