This tutorial explains how to install the Google Chrome in Ubuntu Linux and once the Chrome is installed, how to run it under the root user account.

Since Chrome is not available in Ubuntu’s official repositories, it cannot be installed from the Ubuntu Software Center. We have to manually download and install it. There are two ways to do this; through the CLI prompt and through the GUI interface. Let’s understand both methods in detail with examples.

Installing Chrome from the CLI prompt

To install Chrome from the command line, connect the system with the Internet and run the following command.

This command downloads the latest stable version of Chrome in the current directory. 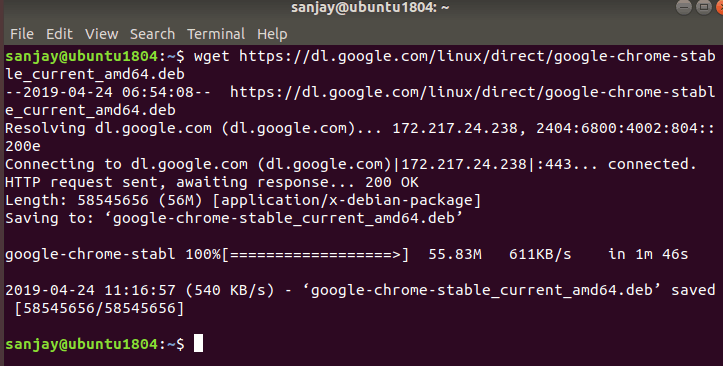 Once installer package file is downloaded, run the following command.

This command installs the Chrome from the downloaded installer package file.

To install the Google Chrome from GUI interface, download the latest stable version from its official site. 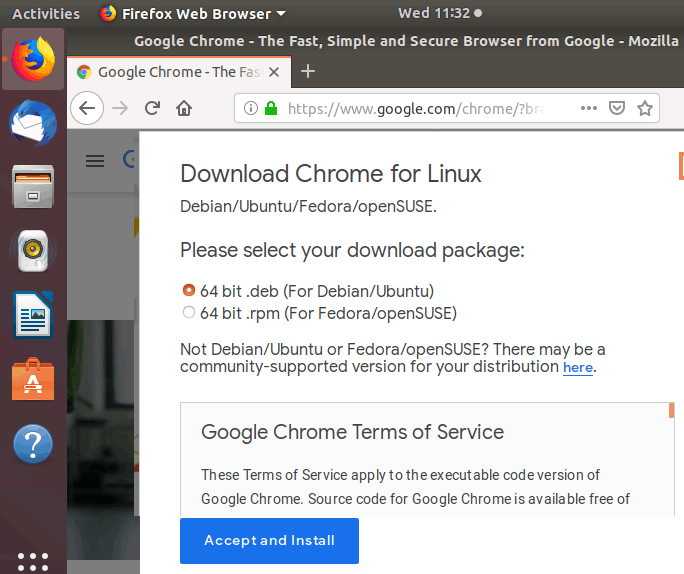 Once downloading is finished, open the folder which contains the downloaded file.

To authenticate the installation, type the super user password. 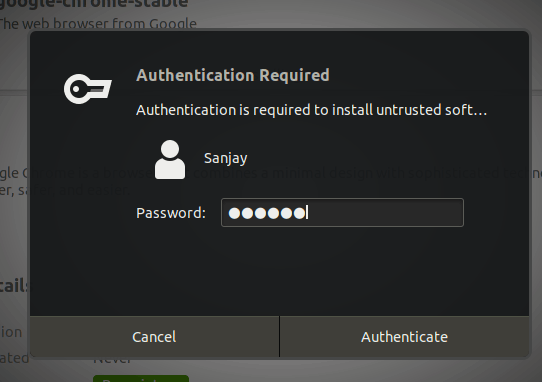 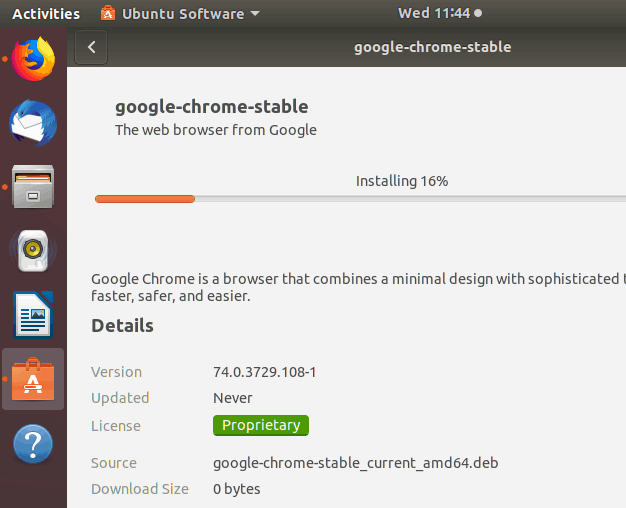 Once Chrome is installed, it can be started from both methods; command line and GUI interface. To start it from the command line, use the following command.

Following two options will be displayed if Chrome is started for the first time. 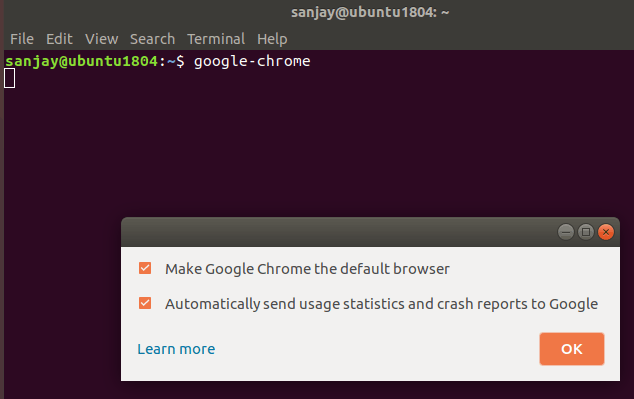 After making your decision, click the OK button to start the Chrome. 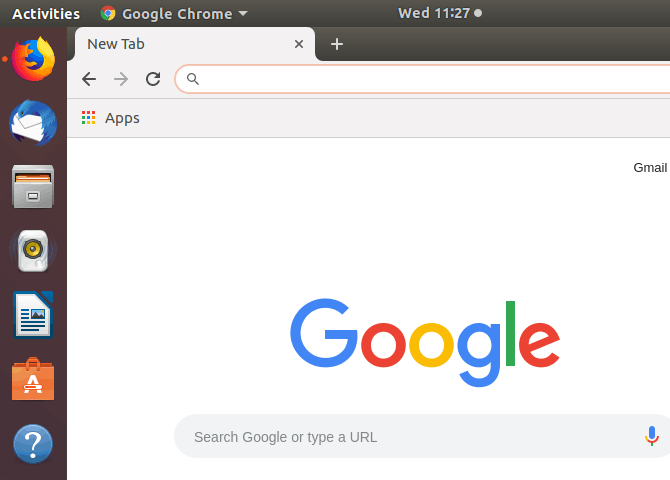 Just like the command prompt, we can also start the Chrome from the GUI interface. To start it from GUI interface, click the Dash button.
In search box of the opened window, search the keyword \”Chrome\”. From search result, click the Chrome. 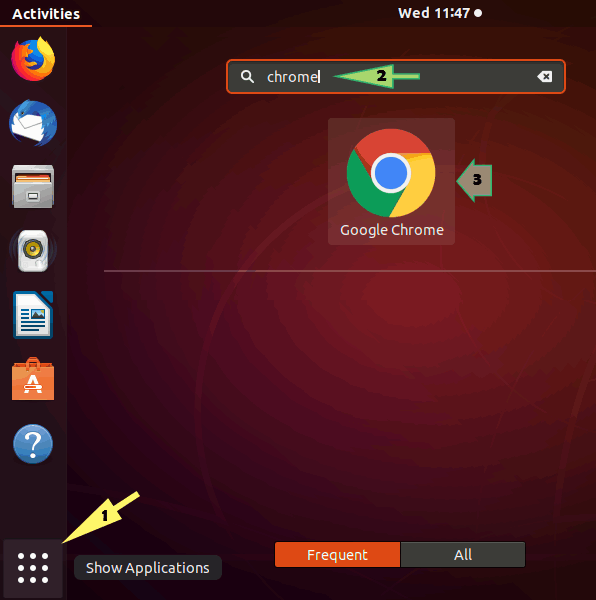 This will launch the Google Chrome. 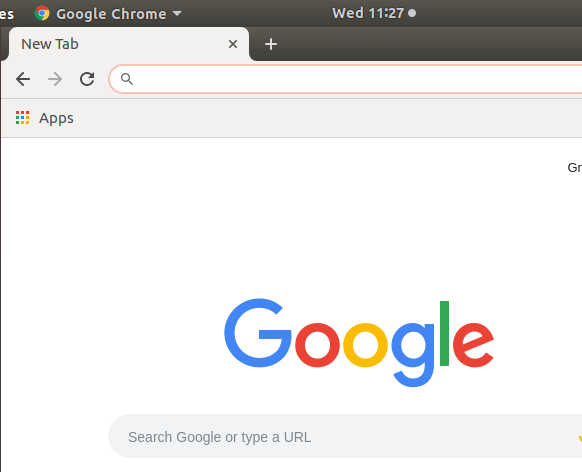 To enhance the system security, by default, Chrome does not start under the root user account.
Following error is displayed when Chrome is started under the root account.

To run Chrome as root, open the file /opt/google/chrome/google-chrome for editing.

Append the following configuration values in the last line of the file.

After editing, last line should look like the following line. 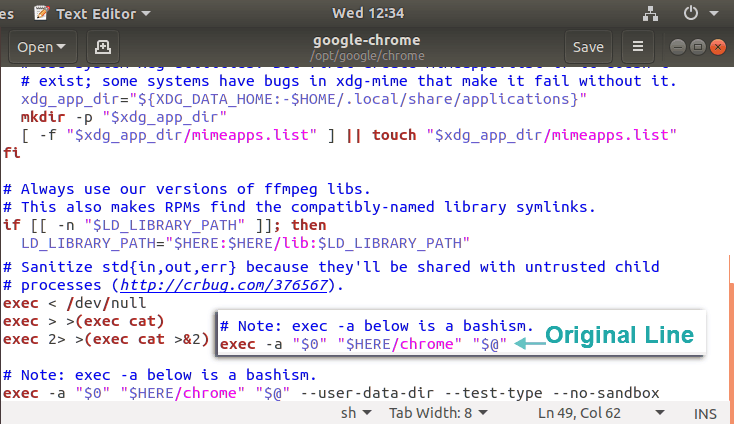 Make sure you add all three options of configuration values. Skipping second option (–test-type) will through the following
error message when the Chrome will run.

You are using an unsupported command-line flag: –no-sandbox. Stability and security will be suffered.

To run Chrome as root without any error messages, add all three options as explained above and save the file.

Once the configuration file is updated with these options, you can run the Chrome as root. 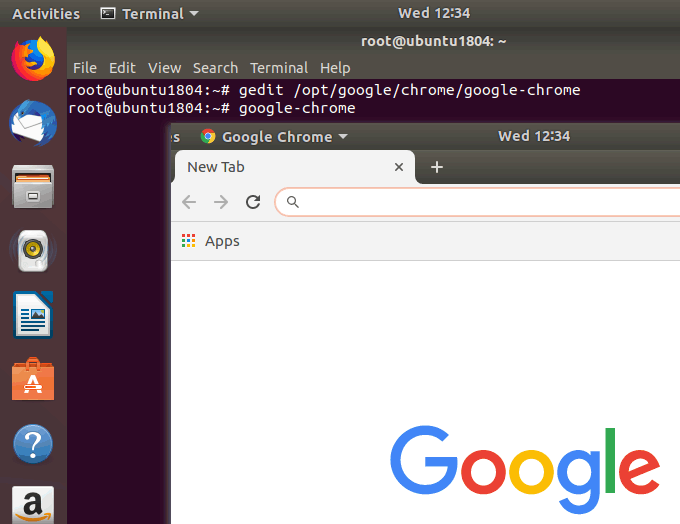 To uninstall Chrome from the command prompt, run the following commands.

To uninstall Chrome from the GUI interface, open the Ubuntu Software center. In search box of Software center, search the keyword Chrome.
From search result, click the Google Chrome.

Click the Remove button again to confirm the removal of Chrome.

In few seconds, Chrome will be removed from the system.

That’s all for this tutorial. If you like this tutorial, please don’t forget to share it through your favorite social channel.